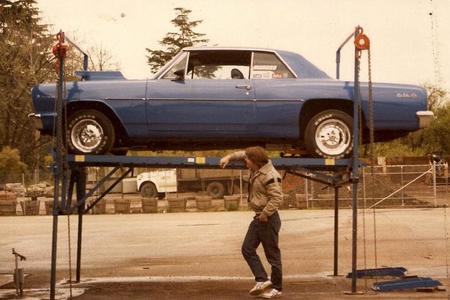 Over the past several years, and especially in the first half of 2008, the mainstream public has become aware of the health and ecological dangers of drinking water from plastic bottles.On the personal health side, many of the plastics used to make bottles have been found to release or “leach” dangerous chemicals into the fluids they are holding and therefore into the bodies of the people who drink from them.

On the eco-(not so)logical side, the “convenience” of the single-use disposable water bottles have become very “inconvenient” to our landfills, oceans and rivers. Put all this together and you have a very serious problem that needs our personal and collective attention.

Chico, California will go down in history as the birthplace of a company that took a strong stand for this cause and created one of the leading eco-friendly alternative water bottles, the stainless steel Klean Kanteens.

To get the full picture of the birth and infancy of Klean Kanteen, we need to look back 30 years to see how a group of Chico residents came together to create this amazing product.

Over the past 30 years, Chico resident Robert Seals has explored many things, he has been an inventor, musician, healer, minister, environmentalist, self proclaimed guerrilla marketing expert, bike racer, tool inventor, activist, metal artist and creator of the worlds largest portable solar music stages to name a few.

During those same 30 years, Chico resident Darrel Cresswell had been building a company that focused on the sales and distribution of equestrian lead ropes, lasso ropes called lariats and more recently a variety of jump ropes.

All the while, Chico resident Don Carlson was spending his 30 years building a business as an international sourcing company and he had also built a strong friendship and business relationship with Cresswell.

As the “quick version” legend has it, Robert Seals was at the Sol Fest event in 2003 and social activist Julia Butterfly was making a speech about taking care of the earth.She was very animated about the dangers of plastic bottles and she finished her talk by saying, “why doesn’t someone make one of these (she held up a plastic water bottle) out of this (holding up a stainless steel food container).”

Seals remembers looking around at the crowd and then saying to himself, “well.. I guess that’s gonna be me.”He knew that he was just the guy to follow that passionate suggestion and follow it he did!

On the way home he began imagining how he could make a prototype.  He called Don Carlson with whom he had developed products in the past and he told him, “I’ve got something here that I think could be big. ”He asked Don to begin  exploring who could make these bottles.  Carlson had previously helped Seals produce a couple of successful multi-purpose tools, so they knew what they had to do.

In September of 2003, Carlson began looking into manufacturing options and Seals went to Colliers Hardware store. He picked up a few Thermos bottles, took them apart and within a few days had created a prototype.  Robert sold a huge sound system to Feather Falls Casino and used his profit to go “all in” on this bottle idea that he called Clean Canteens. That name didn’t last long because someone already had that domain name and so the spelling was changed to Klean Kanteen.

A supplier was selected and Seals used all of his resources and patience to get the product just right and to get the first shipment to Chico.  He had already put together a small team of marketers who often had meetings while bowling and at one time even considered having an office at the bowling alley.They began traveling to earth conscious festivals and concerts, calling magazines for reviews and selling bottles to stores, on the web and right out of their cars.Stainless steel water bottles were unheard of at that time, but sales continued to grow as they educated their eco-friendly target market and any media representatives that would listen.

In less than a year, the shipping and handling aspects of the business began to weigh on Mr. Seals and his team. The search began for someone who could take over the distribution and that’s when Don Carlson of International Markets Group played his second winning hand.

Carlson had been supplying rope and metal fittings to Darrel Cresswell’s rope company, Cressline Distribution, ever since the two were connected through a mutual friend during a sideline conversation at a youth soccer game roughly 30 years ago.

Carlson thought that Cressline could handle the distribution of the Klean Kanteens and allow Seals to stick to the sales and marketing.After some prodding, the two parties met, but it wasn’t until a second meeting, months later, that a deal was struck and Cressline became the distributor of the Kanteens in March of 2005.

At this time, Cressline Distribution consisted of Darrel, his daughter Michelle, his son Jeff and their longtime neighbor and family friend Kevin Welch.Little did they know, this small family business was about to expand.

A few months into the distribution arrangement, Darrel caught the vision. He was exploring ideas and crunching numbers in a motel room in Klamath Falls, Oregon when he decided that he wanted the family team to make an offer to buy Klean Kanteen outright.

His excitement, along with the whole hearted agreement of his children/business partners, led them to put a deal together. In August of 2005, Cressline Distribution became the owner of Klean Kanteen.

Seals continued to market the Kanteens at eco events and festivals but as time went on, Robert started focusing more of his time on his healing center, The Goddess Temple.  The temple is on Hwy 32 between Chico and Forrest Ranch.           Note:  The Goddess Temple is currently closed awaiting a permitting process from Butte County.

The alternative water bottle business grew steadily, and so did the family friendly office staff.  Darrel enrolled his sister in accounting and his son in law to run the warehouse.  Jeff’s wife and Michelle’s husband have both played key roles and when you add in Jeff’s brother in law and Don Carlson’s son the “core family staff” was in place.

The business continued to grow steadily. Then in April 2008, the Canadian Government came down hard on plastic bottles.  Soon after, the US main stream media began to expose the dangers of plastics.  Since then, Klean Kanteens have come out in six new colors, the global sales have skyrocketed and the staff has more then doubled, adding 20 new “siblings” to the “Klean Kanteen Family.”

The home town family atmosphere lives on and the durable eco-conscious Kanteens continue to be the water bottle people “love to use” and “love to tell their friends about.”

In 1990, Robert Seals was granted a US Patent for the Cool Tool, a single, pocket-sized assemblage of essential bicycle tools. Now a standard issue for all serious bicyclists, it eliminated the burdensome need for carrying several separate items.

We were the founders of the original stainless steel water bottle company back in 2002.  [Our Story - Earth•In Canteen: Ceramic Stoneware Water Bottle] The reasons for the stainless bottle were clear as day: the chemical BPA lurked in our favorite polycarbonate plastic reusable water bottles. Unable to source a manufacturer in the US, we agreed that manufacturing in China was a lesser evil than the health effects of endocrine-active (EA) plastics and the environmental disaster of single-use plastic wrappers and containers. The ends seem to justify the means. Financial contributions to non-profits and carbon offsets were adopted to mitigate our footprints. But can you really offset the harsh realities of mining, shipping containers across the earth, or unprecedented pollution? Our product was a solution to some big problems but also a participant in others.

A lot of our customers felt the same way about doing business with China. Some customers simply thought our bottles tasted metallic. A decade later these real concerns led us back to the question that began it all: why doesn’t someone make this out of this?

This material was right under our nose all along: Clay from the top layer of ground here in California, USA, Earth. Earthen. We bring you the Earth-In Canteen, a return to an ancient and truly natural way to carry water, designed and fired in Northern California from American clay and certified lead-free, non-toxic glazes.

We anticipate skepticism just like we did with the introduction of the stainless water bottle. Stoneware is durable but it can break and may look heavy. We’ve adjusted to the differences just fine and it feels good… actually better. We invite you to experience the peace of drinking pure water from a local, honest, perfectly natural, and totally sustainably-made canteen.

Back in 2002, there were no stainless steel water bottles for personal hydration, and the health and environmental issues linked to plastic use were not widely known. Seeing the issues early and clearly, Robert Seals, the inventor and founder of Klean Kanteen®, began cobbling together the first prototype with things he bought at the local hardware store in Chico, California.

In 2004, Robert introduced the 27oz Klean Kanteen onto the market to give people a better option than plastic and lined aluminum bottles: a safe, healthy, lightweight, reusable bottle free of Bisphenol A (BPA) and other toxic substances. Our mission to provide superior solutions and help people make better decisions had begun! In those early days, Klean Kanteens were shared with people at music festivals, environmental fairs, outdoor recreation events and other sorts of gatherings. 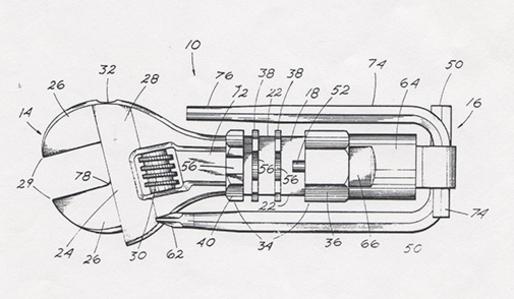 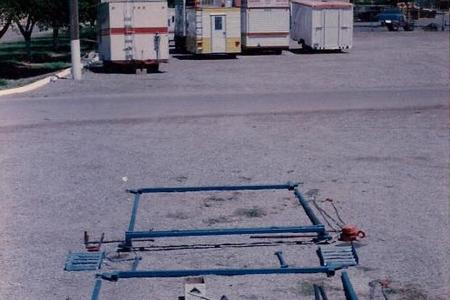 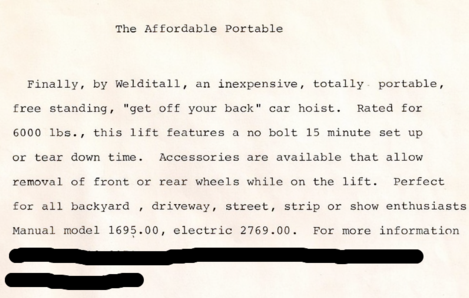 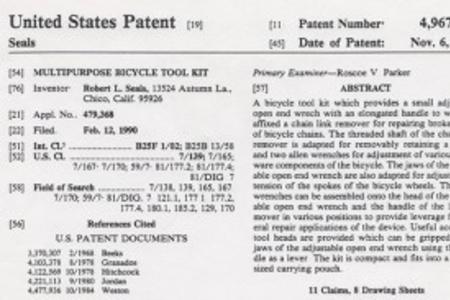 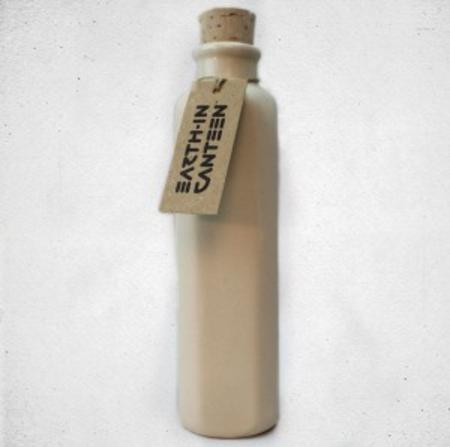 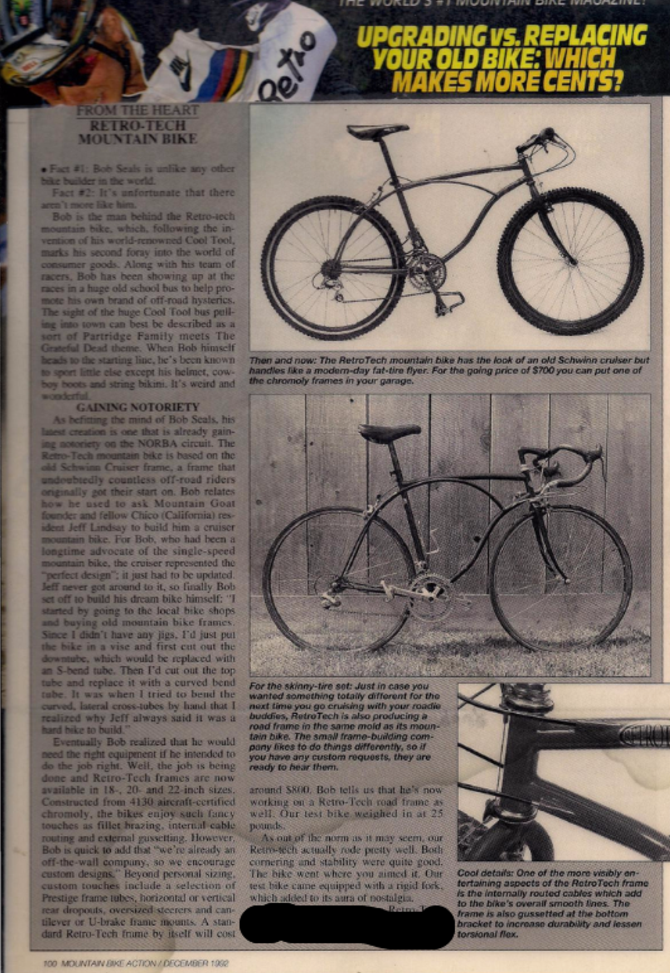 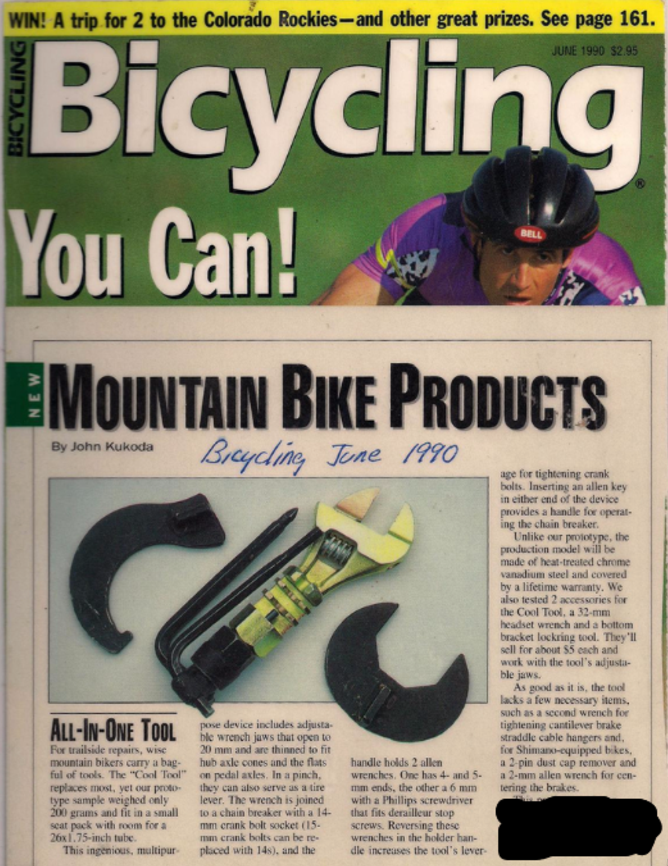