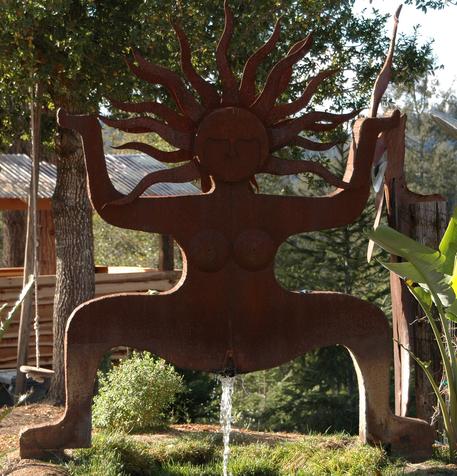 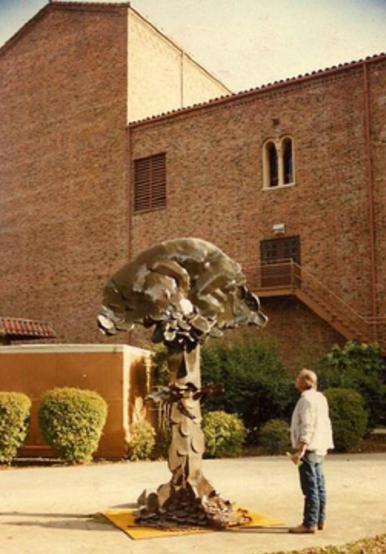 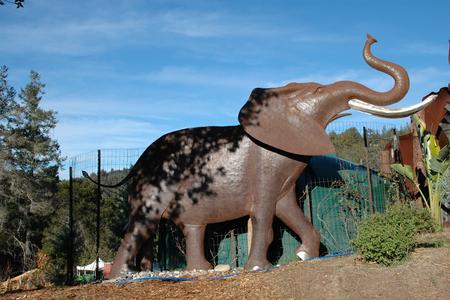 I has done many metal works of art, and some other mediums, over the years.  This page chronicles  many of those items, some I still has have, some are with others, and some are gone forever. 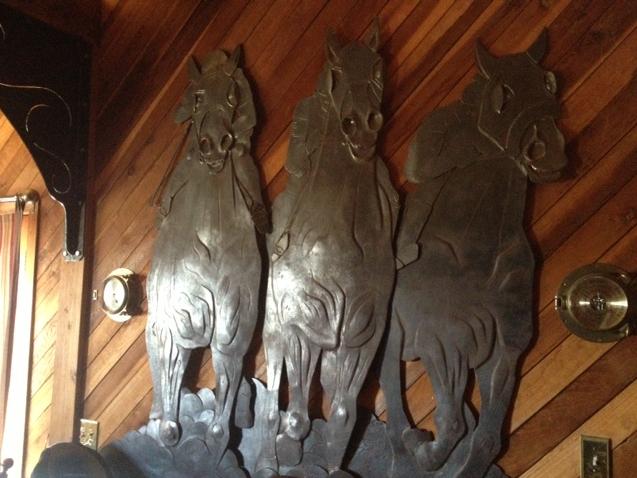 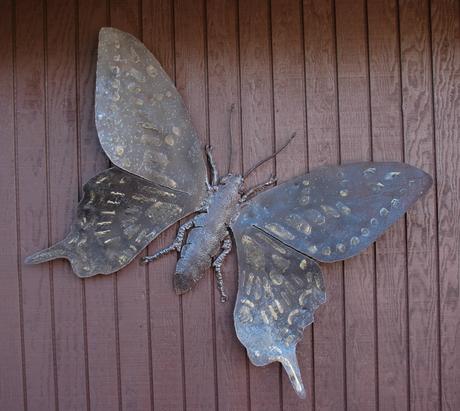 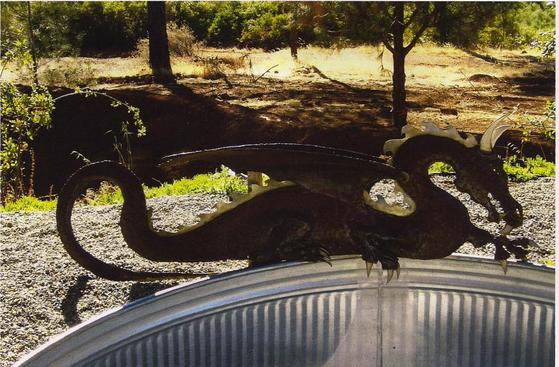 Elephant On the Loose 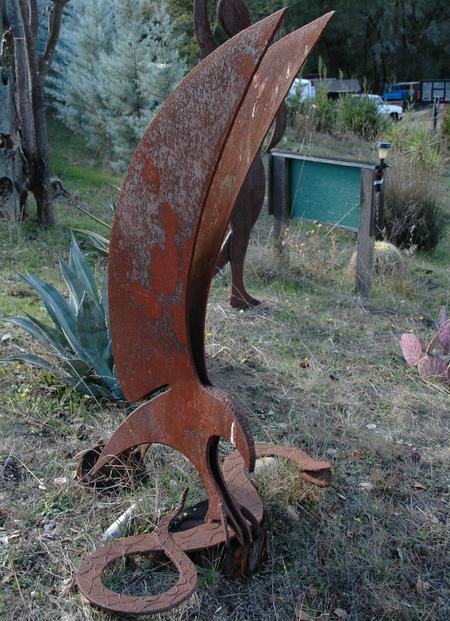 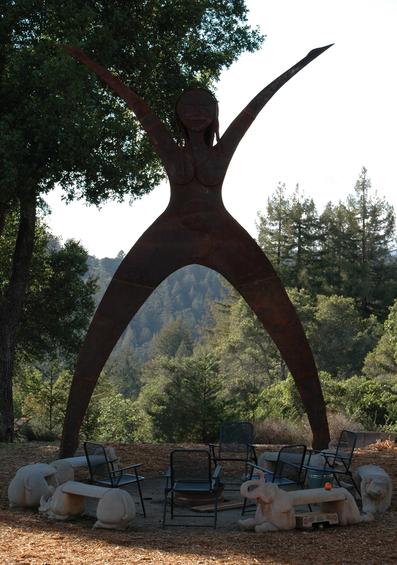 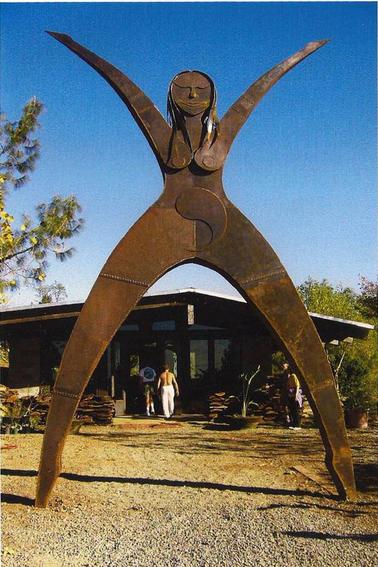 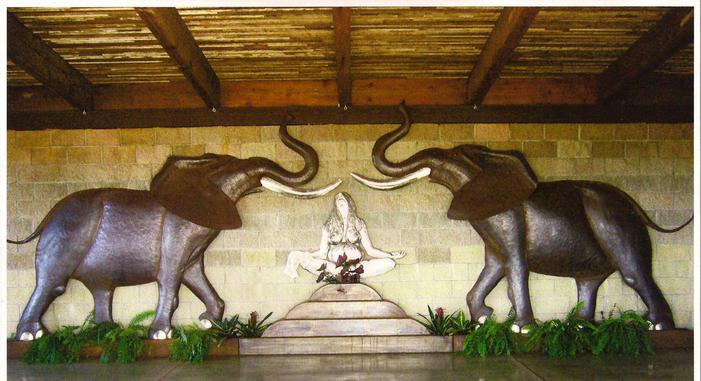 Visual art is best left unverbalized and uncriticized. Following are somepictures of which I consider my best attempts. Even though I carry BA and MAdegrees in ceramics and sculpture, my main medium has always been metal, haven't done ceramics since college

This nuclear protest sculpture was inspired when the Chernobyl meltdown happened in the 80s. A. This piece was scheduled to be exhibited in the U.N pavilion at the '86 World Fair in Vancouver, Canada. However, when we arrived it was too large to get into the exhibit. We displayed it in the parking
lot for several days (see newspaper article). We made protest visits to most of the nuclear reactor sites in California, Oregon, and Washington State. We eventually .Examined closely there was a human fetus superimposed in the nuclear cloud. The cloud was fashioned from photos of the Hiroshima cloud.
The piece was eventually towed to the Nevada test site where hundreds of people and several celebrities such as; Carl Sagan, Martin Sheen, Kris Kristofferson had gathered to protest the U.S resuming it's nuclear testing program. It was there I met ex-CIA John Stockwell whom had crossed over to
our side and was not on the best of terms with the CIA (see his books In Search of Enemies and Direct Marketing Strategies). I was out of funding to tow the piece around so John struck a deal with me where he would tow the piece to Austin, Texas and place it at a peace center across the street from the
Pentax missile warhead manufacturing facility where it remained until Pentax closed. Without my knowledge as years passed, the sculpture wound up at the University of Austin **** on display. (This University had an extensive nuclear studies program.) I eventually became curious as to the whereabouts of my piece and had someone do some detective work as to its whereabouts. The sculpture had been taken to a storage area at the university and was eventually scrapped and melted down at a local recycling facility. As irony would have it, a sculpture made in protest of nuclear holocaust met its demise or meltdown at a university that studies nuclear fission. I actually had a lawsuit filed-against the University for damages but it was finally dropped from lack of evidence. 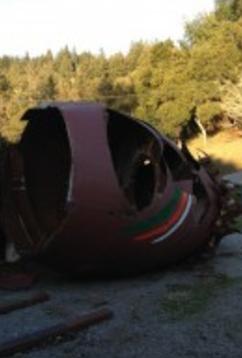 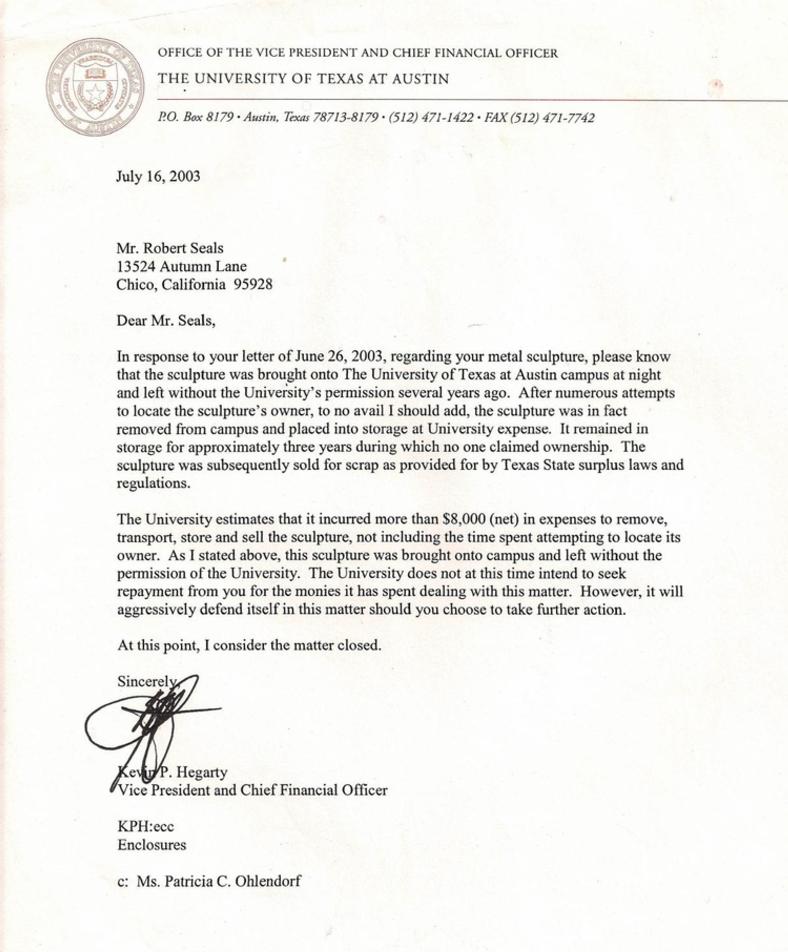 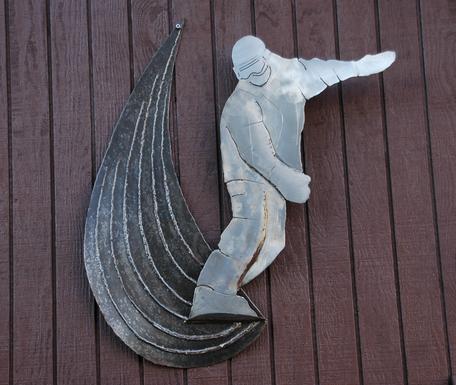 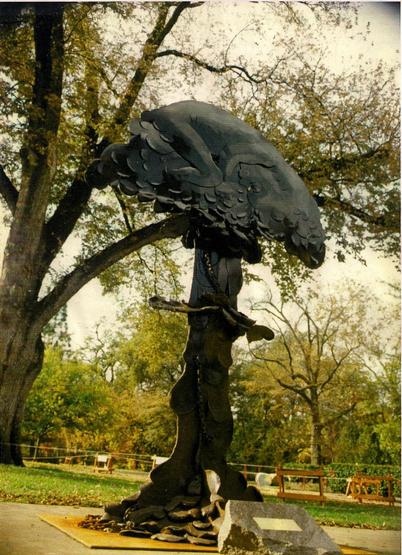 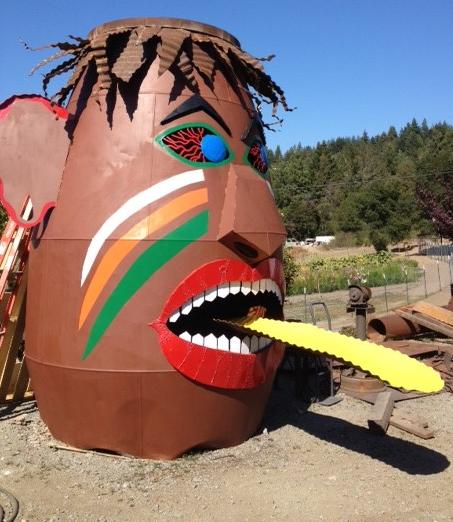 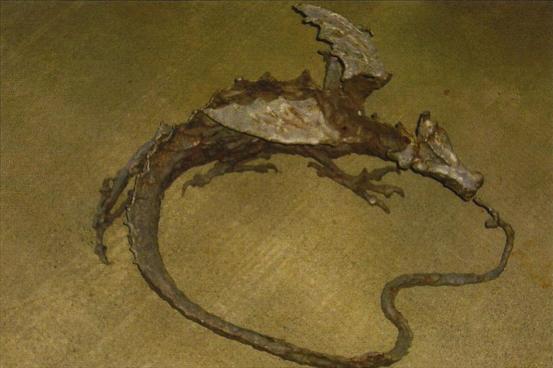 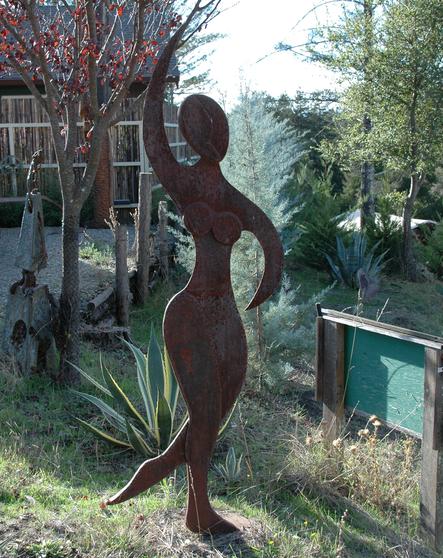